Interior materials for trains, buses, ships and aircraft—as means of public transportation—are required to have not only excellent design but also high functionality. In line with our development philosophy of “KKR+A (Kenko [Health], Kankyo [Environment], Recycle and Amenity),” the Suminoe Textile Group has planned and developed functional materials that are friendly to people and the environment. Chief among them are the train seat cushion material SUMICUBE®, which produces no toxic gas at the time of combustion, Eco-Fabric using 50% or more recycled PET fiber, and the Floor Signage Film Series which takes into account ecology and safety. Through these products, the Suminoe Textile Group contributes to producing comfortable vehicle interior spaces.

We offer Eco-Fabric made of recycled polyester yarn as seat covering material for railway vehicles and buses.
[Certificated No. 03105015]* Eco-Fabric: 50% or more recycled fiber is used. 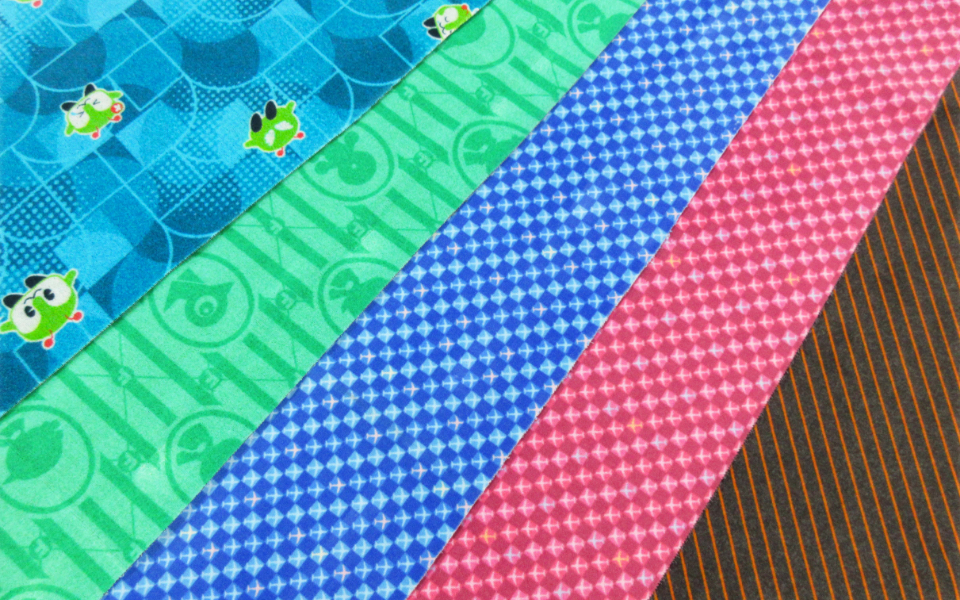 We offer OH Film, which is an easy-to-install signage film. This product is designed in consideration of safety and friendliness to the environment. The film bears pictograms to indicate priority spaces, and to call passengers’ attention to prevent accidents at the doors of train cars and buses or within the vehicles.

[Safety]
This film is highly slip-resistant, and also excels in resistance of abrasion. 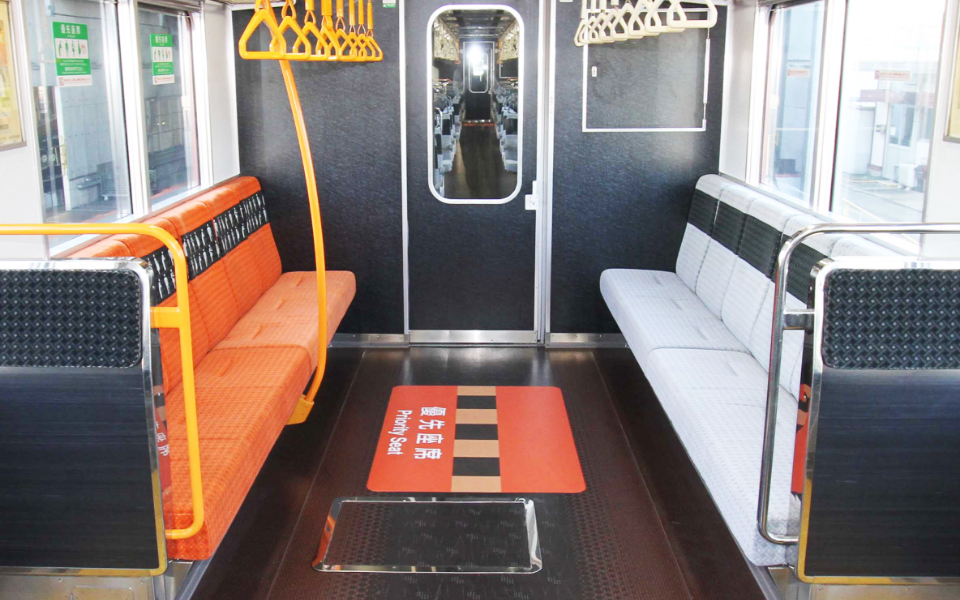 PH Film is easy-to-install signage film, which features greater durability in addition to the basic properties of OH Film. Specifically, PH Film has enhanced resistance to breakage, peeling off, abrasion and stains. Moreover, PH Film can remain highly stain-resistant even after a long period of use in an environment where many people come and go. 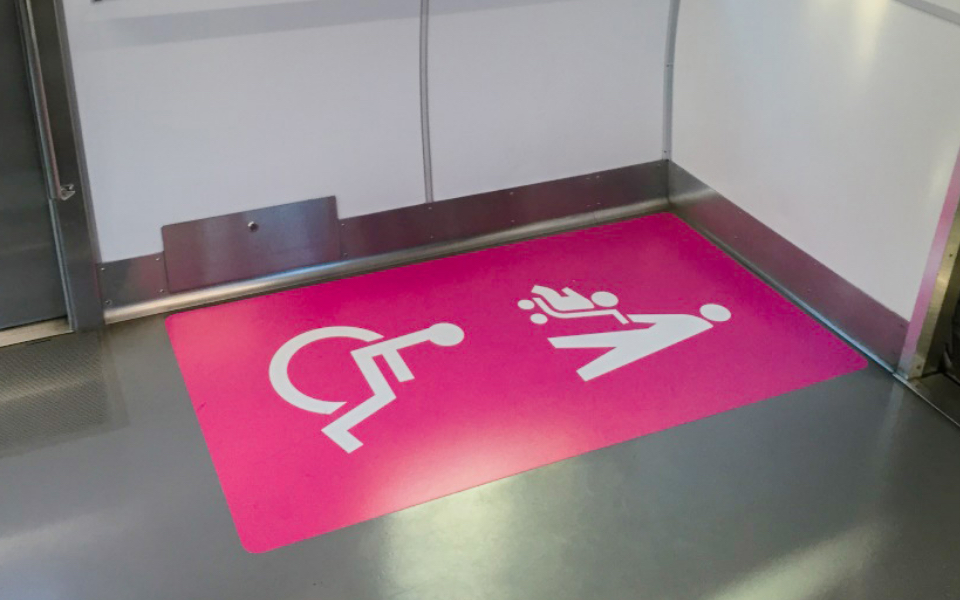 SUMICUBE® is seat cushion material for railway cars. It is made from safe materials that do not generate cyanide or other poisonous gases when combusted. SUMICUBE® is widely used in commuter train cars of JR, private railways and publicly run subways. It has also found applications in limited express and Shinkansen bullet train cars, in which greater passenger comfort is required. 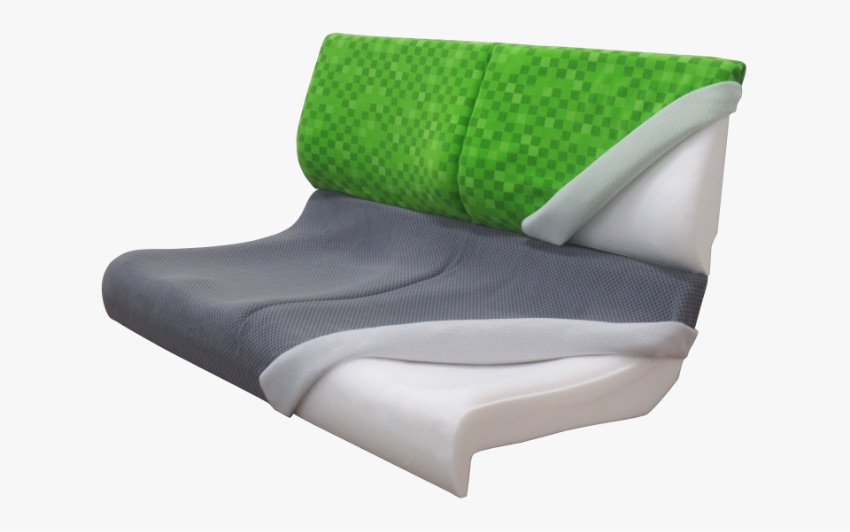